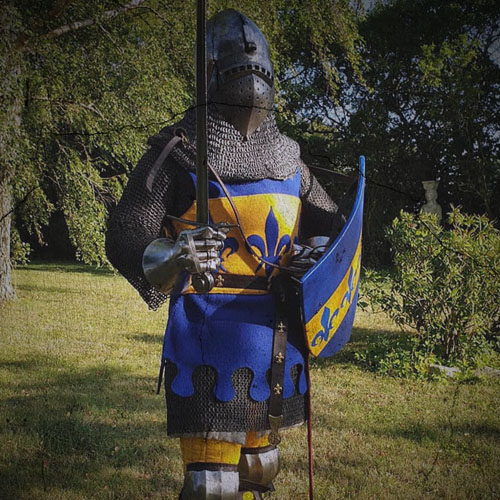 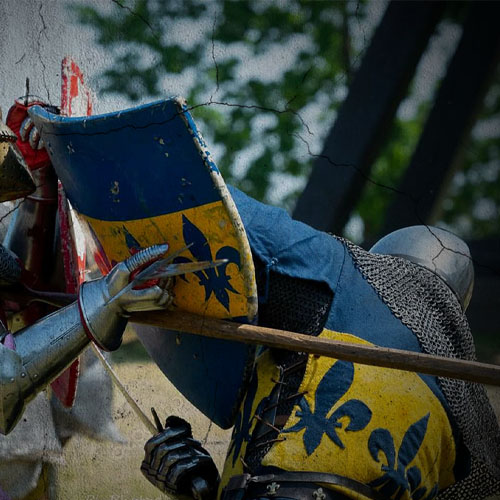 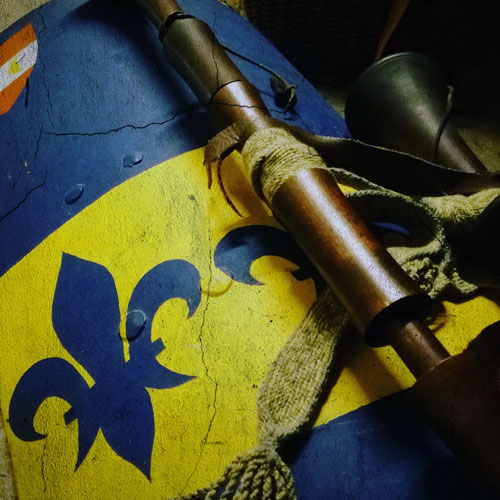 This homepage has the purpose to collect all knowledge and facts about the castle of Rafenstein outside of Bozen, south Tyrol, Italy. We have decided to specify the time between  1330 and 1420 in connection with the life of Francisk von Rafenstain and his family.

We are a group of passionate people stretched between Denmark and Italy with all sorts of different backgrounds, united by the interest about this theme. All our history research is presented here, served on a silver plate, with all references of the original documents to the benefit of all enthusiasts. Our aim is to give you a homepage easy to use, no matter if you are seeking information as a university student, or just for private interest on a hobby level.

Our efforts in researching and networking contributed to the restoration of the castle itself (2008-2014) and gave us the motivation we needed to preserve and spread its history as well. 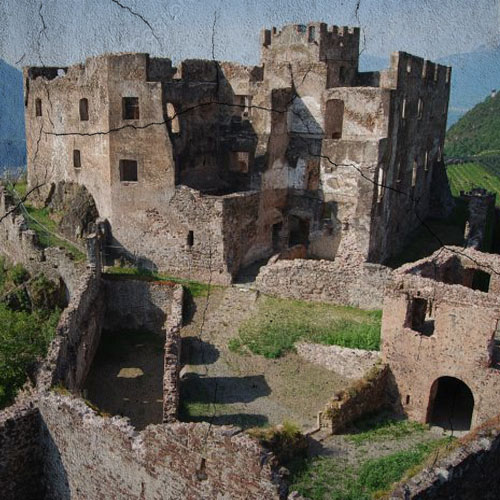 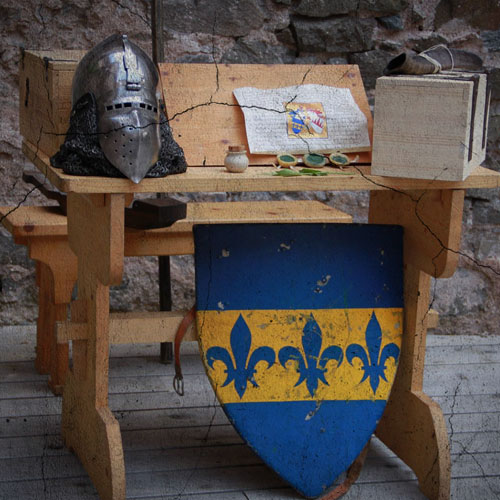 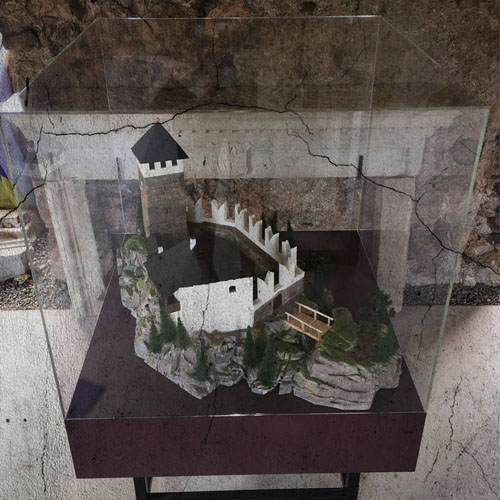 One of the best ways to show off the research we have done to date, is to act it our in our group Miles Rafenstain et Servitus. his gives the public and ourselves a better understanding of the material found. For us is  a fun game with a serious tone underneath, and for any audience it is a show of how serious and motivated we are as a group.

This groups future vision is to translate every information in english, danish, german and italian and then extend the time period from the very beginning of the castle history in the 12th century up to this very day. If you are missing historical information not published on this website, don’t hesitate to contact us and we will try to find the answers you need. 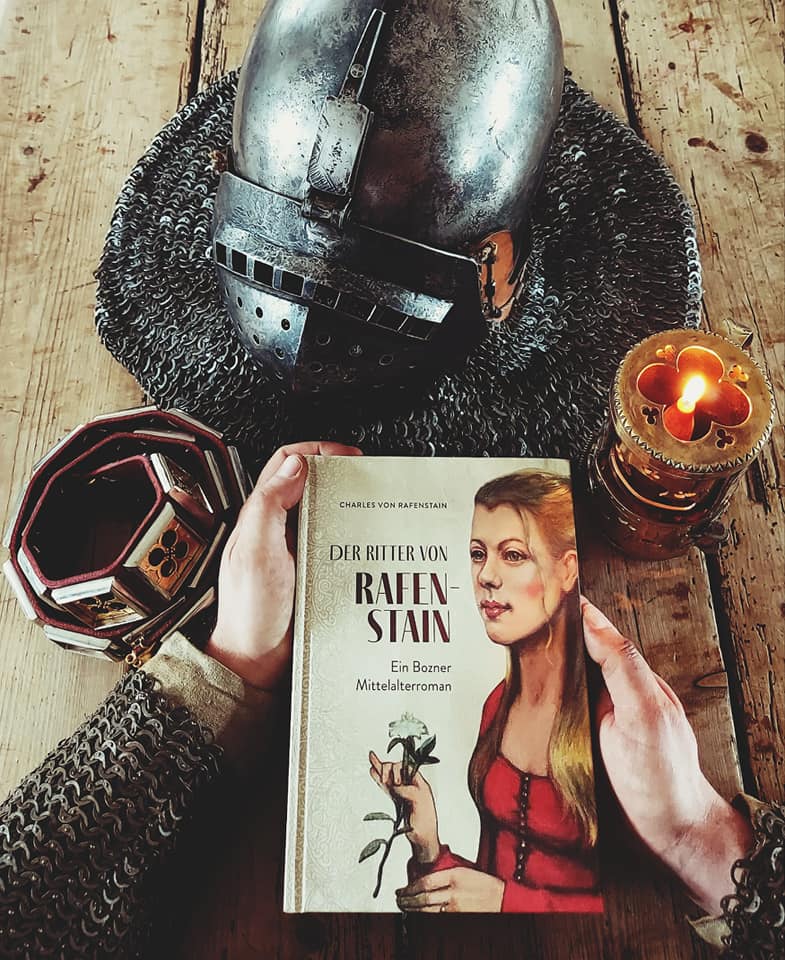 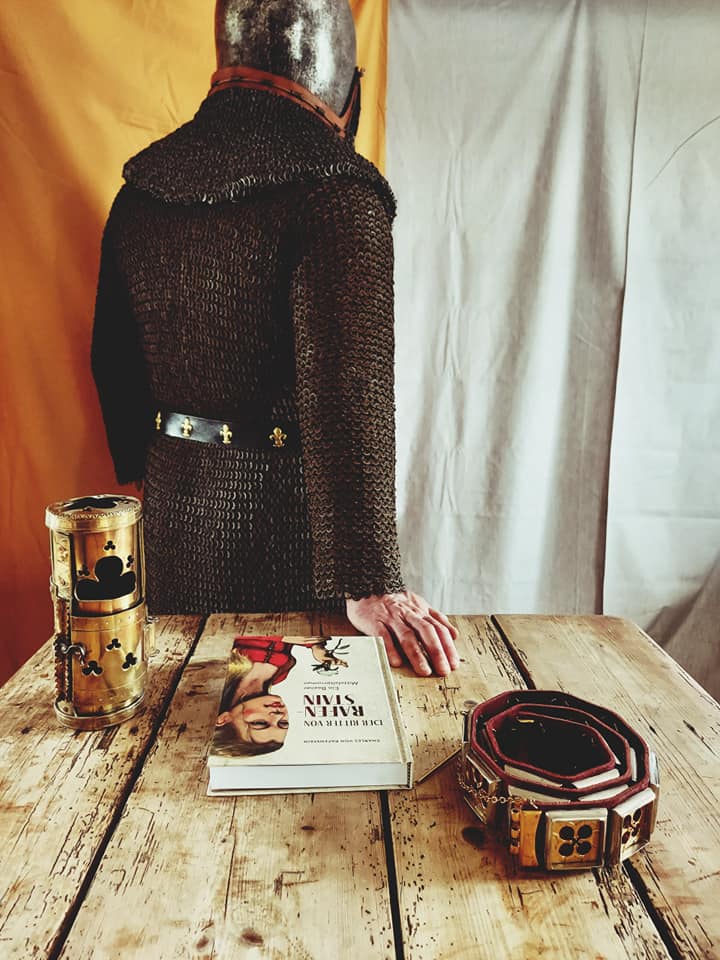 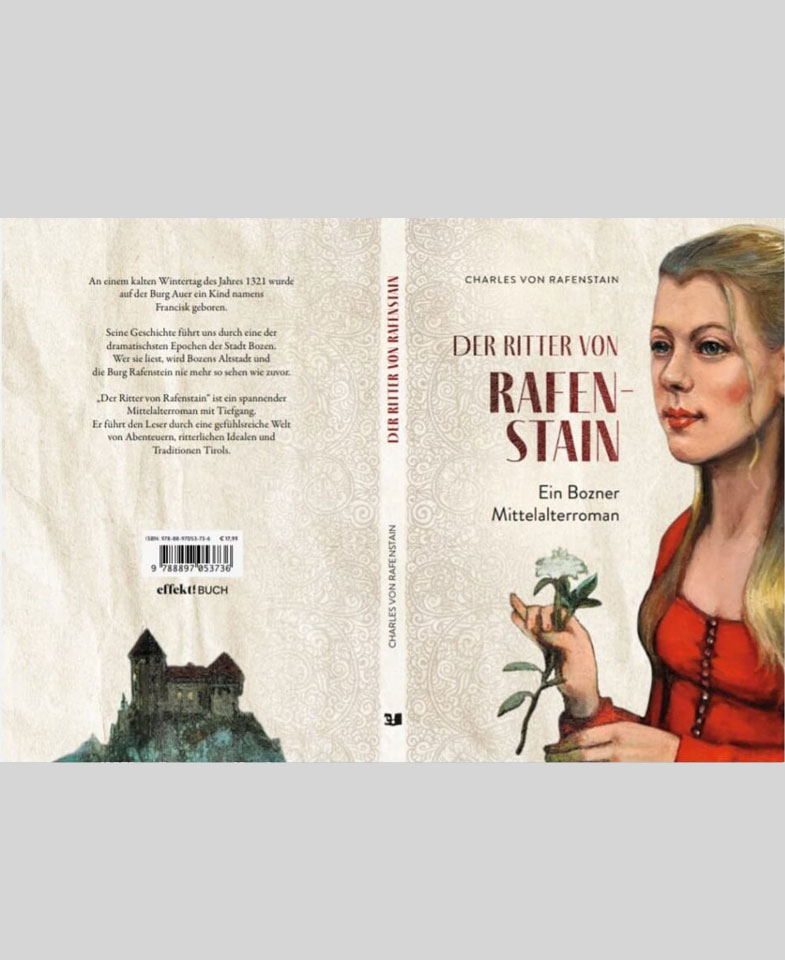 The Knight of Rafenstain
′′ The Knight of Rafenstain ′′ is an exciting medieval novel with depth. He guides the reader through a passionate world of adventures, chivalrous ideals and traditions of Tyrol and at the same time illuminates a rarely enlighted era of South Tyrol.
′′ On a cold winter day of 1321, a child named Francisk was born at Auer Castle. His history leads us through one of the most dramatic eras in the city of Bolzano. Whoever reads it will never see Bozen’s old town and Rafenstein Castle the same as before “.
I have been waiting a long time for this moment. To be honest, much of my life, so it is with exitement and pleasure that I can present my very first book after almost two years of hard work.
As a first time writer, I have enjoyed every moment of the writing process to the fullest. This novel is build on an extensive background research spanning over a decade, and it was very important to me that the quality of this book is right down to the smallest detail. I’ve have tried to keep this book as close to the real events, but as a writer, I have allowed myself to draw some conclusions, and to let the story flow, and be more interesting to the reader.
Above all, it is written very personally and with a lot of lifeblood!
So many people have been involved in the making of this book, and I want to thank everyone. You all know who you are, and without your knowledge and support, this book wouldn’t be possible.
I would be very happy to welcome you all at my book presentation on Saturday, May 29., 2021 at 10.00 o’clock at Schloss Rafenstein! This is the main book presentation and will offer some surprises – quite in the style of the book.
The second book presentation will take place on Sunday, May 30. th at 10.00 pm at the Leiterburg near Auer.
The third and last will finally take place on May 31. at 17.00 o’clock in the cloister of the Dominican church in Bolzano.
The Knight of Rafenstain.
A Bozen Medieval novel ′′ is in the publishing house Effekt! Book appeared as a hardcover and available at 17,99 €:
http://effekt.it
Finally, the book registration from the publisher:
https://www.effekt.it/der-ritter-von-rafenstain/

THE FIRST FIGHT IN YEARS

ONE DEFEAT, DO NOT ALWAYS MEAN A LOST BATTLE 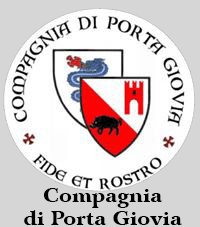 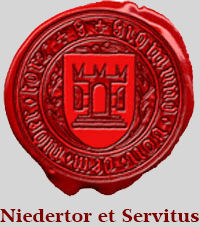 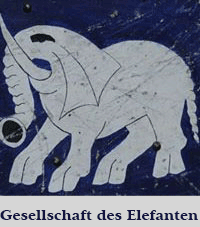 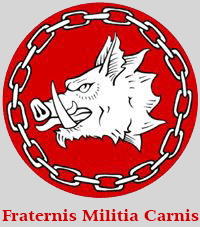 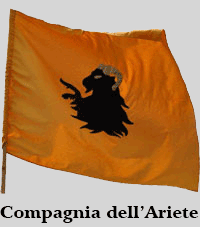 The ruins of Castle Rafenstein on Peer.tv 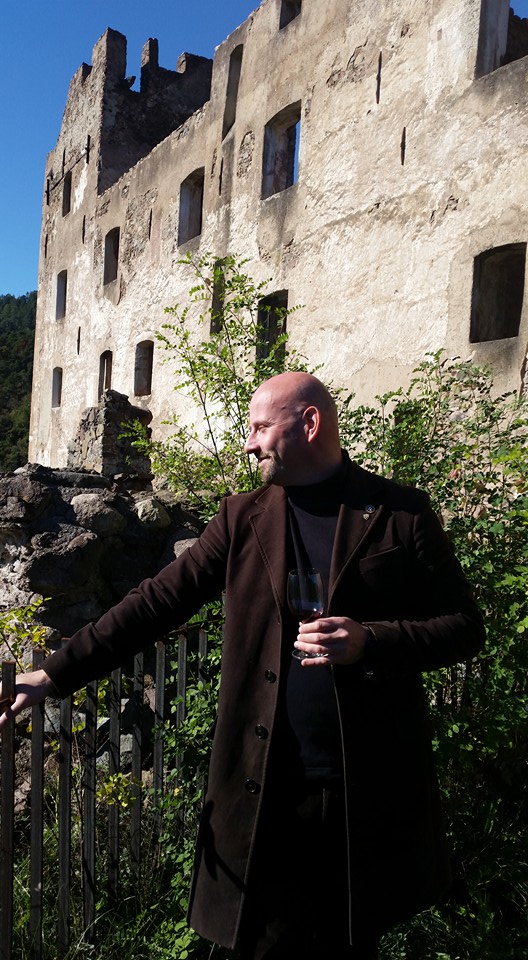 Everybody following this group can witness that I always use words as “we” and “us”, due to my personal deed of being humble and altruistic, nevertheless seeing our group as a team of equal and respectable members. After many questions from people following us though, I decided to explain about my own background. I was elected squire in the Order of Saint John of Jerusalem, Knights Hospitalliers back in 2007 and have been found worthy to be knighted as Knight of Honour in 2009 by the Grandmaster of the order, H.R.H. Prince Karl Vladimir Karageorgevitch of Yugoslavia. The ceremony took place in the church of Saint Edward the Confessor in London and by Royal Charter and therefore the Knighthood is worldwide recognized. One year after, i used my petition of nobility to request admission in the very old Knight Brotherhood of Sankt Christoph am Arlberg, created by the Duke of Hapsburg back in 1386.

A: Depends what you judge as expensive, but both Knight Brotherhoods are costing 300€ a year circa.

Q: “Are these lodges such as Free Masons, or similar secret societies?”

A: Not at all. Secret societies and Orders of Chivalry are to absolutely different organisations. They might cross every now and then, but only because the final goal is the same.

A: The final goal is to support charity through my membership. YES, you read right. Almost Every single coin goes to people in need. In the Order of the Knights Hospitalliers, we help children in need in christian lands under threat of war or natural disasters and in the Knight Brotherhood of Saint Christoph am Arlberg, we help poor families in Austria, South Tyrol and South Germany to survive. Mostly lonely mothers or mountain Farmes struck by natural tragedy and left with no roof over their heads.

Q: “What’s the connection between your personal engagement and the groups historic researches and reenactment?

A: Daniel von Rafenstain, son of Francisk von Rafenstain, was member of the Knighthood of Saint Cristoph. 18.321 subsequent members and 627 years later, the noble name of Rafenstain finally appears again. I had vowed to do all in my power to get Rafenstain castle restored and being part of the very same Knight Brotherhood gave my strength to do so. Last but not least, i can access more information about Sir Francisk von Rafenstains son Daniel (+1396) from inside the Order. That is it, hope you haven’t fainted of boredom. This will be one of the hopefully very few articles about me, eluding me to for fill my Knightly ideals of humbleness, altruism and unselfishness, in fully awareness that I am not a perfect person, but are fighting every single day to become a better one.