Die Unterkofler Muatr! (The Unterkofler mother). A very kind peasant woman from the farm right underneath the hill top of castle Rafenstain, hence the family name Unter (under) Kofel (hill top). The peasant family counts quite a number of members, all working on the wineyards around the castle. “Muatr” is a very patient woman, always fixing the many situations with many of the servants.

As the family elder, she is often called to audience at the castle to discuss practical matters with sir Rafenstain. Harvests can fail, disease may stop the work giving a setback, tax payments may be delayed, or hereditary matters to be established.
Plain and straight – lots of headache! For her many years as a dedicated servant and master seamstress, she is allowed to be less, active than the rest of the staff, and it isn’t unsual seeing the Muatr sitting in a shady corner, drinking a huge mug of ale, sending warning glances towards anyone who dares to interfere. One of her most priced possessions is a pair of glasses, gifted by Lord Rafenstain as her aging eyes are having difficulties seeing the small stitches on her Lord and Lady’s clothing, which she helps to repair.

Her motto, and something she utters often, and specially towards Gerhard Frawnberger is “infernum manet” roughly translated to Hell is Waiting!

The role is played by Gina Moeskjær Heiden that joined our group three years ago. Gina is a dane living on Lolland and works in the public sector. She loves medieval crafts and is quite a natural talent in finding all materials for our reconstructions… eloud me shortly tell you this story: Some time ago i spoke with Gina about my idea of building a medieval bed, but complained about the lack of old wood planks. She looked at me and said: “There’s a pile of planks behind the house and if you need any tools, feel free to use the workshop in there.”
Shortly after, the medieval bed was finished. 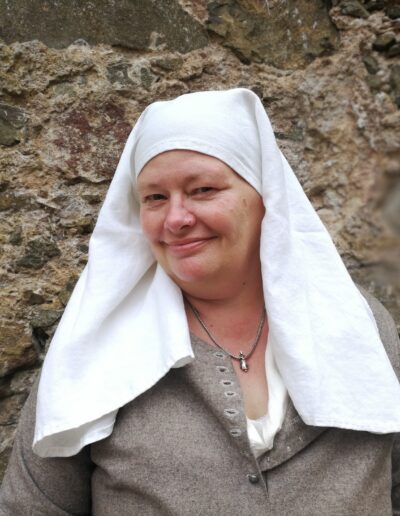 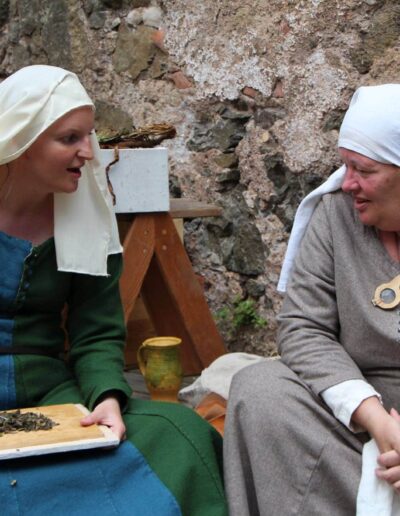 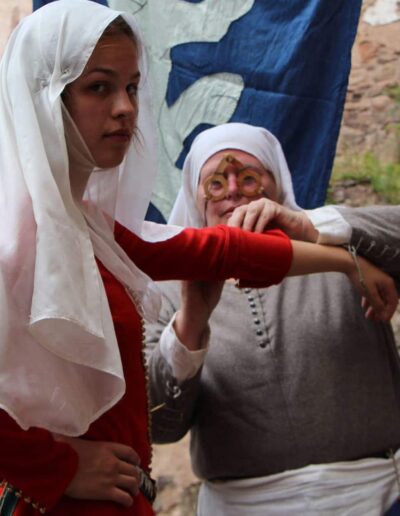 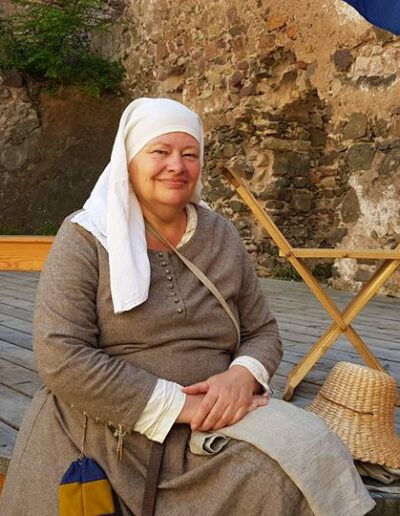