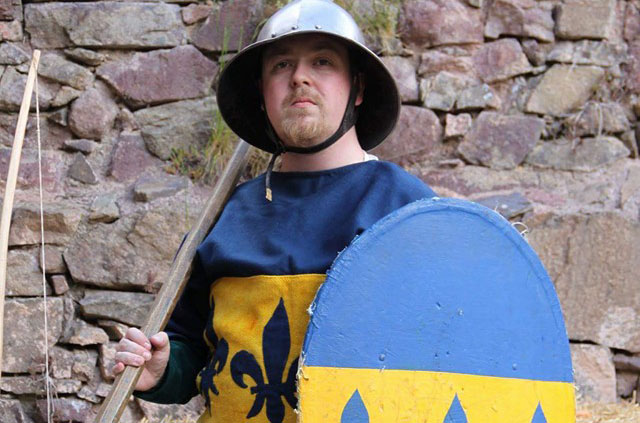 Categorized as “Gesinde” (simpleton), he had the primary duty to hold an eye with enemies trying to access the castle via the main gate, or by climing up the walls.
Obviously, the guard couldn’t be on continued watch, thus the probability of two on shift.
His primary weapon was a crossbow, then shield and spear and baselard for short range engagement.
The gate guard helped as well for filling daily duties, when off shift. Those could have been helping collecting wood in the forest, or assist on maintenance.

Fricius is a rather new addition to Castle Rafenstain, as Fricius is originally from the area around the Goldeck estates, and have been working for Katrine Von Goldeck and her family since he was a young man. As part of the bridal agreement, Fricius moved with Katrine to Castle Rafenstain, so the Lord was awarded a well seasoned and experienced soldier, as well as a familiar face for Katrine in a new and alien place. Fricius have a soft spot for Katrine, and tends to follow her lead, more than the Lords. The word bodyguard and protector springs to mind, and he is quick to run with gossip to his Lady. It isn’t uncommon to see Fricius fletching arrows on his long shifts, as he is a skilled Bowyer and Fletcher as well as a trained blacksmith. Most of his weapons are made by himself, and it is rumored that when he was transferred from the Goldeck estate to Rafenstain, he was rewarded with a heavy payment raise,and all those coins have been spend on new weapons, and a whole new guard attire in strong yellow and blue, as befitted a Rafenstain guard. Some even say his attire is too much for his low rank, and the depths of the colors even challenges the knights more washed out colors.

In our group, the role of the gate guard is occupied, but we are looking for a second guard to improve our reenactment and make it more accurate.’

Dane Daniel Høegh plays the role of Fricius. Daniels entry into reenactment started as he got a job on the Medieval Center, with versatile duties such as working in the smithy, teaching to shoot a bow, and being a Master of the mighty Trebuchets. He joined our group in 2008, acting our the role as Anton Unterkoffler, and rather simple farmer, who was a annoyance to the Lord of the Castle. But the difficult part of being a farmer and not having a farm, gave him the challenge to advance to become the castle guard, to add evenmore enjoyement to his reenacting. In his personal life he lives together with our other member Marie. He have a smithy and workshop in the barn where Gina, (the Muatr) his mother-in-law lives, making blades and tools for the group as well selling items on order. He works in a outdoor/fishing store, where besides handling customers he is the webmaster of the company’s webshop. We can also thank him for the new and updated website, you are watching right now. 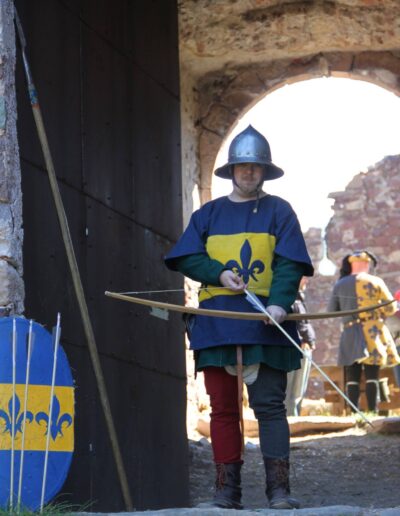 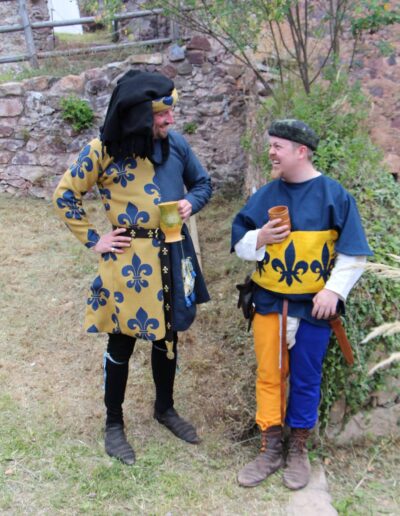 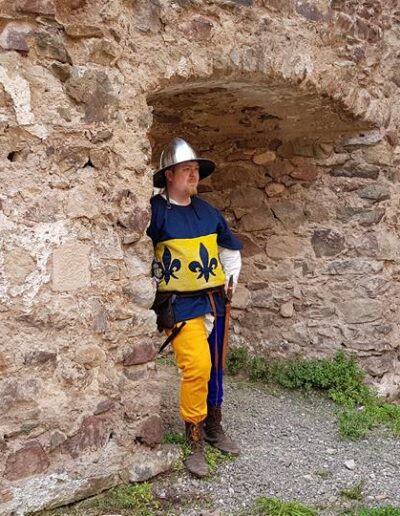 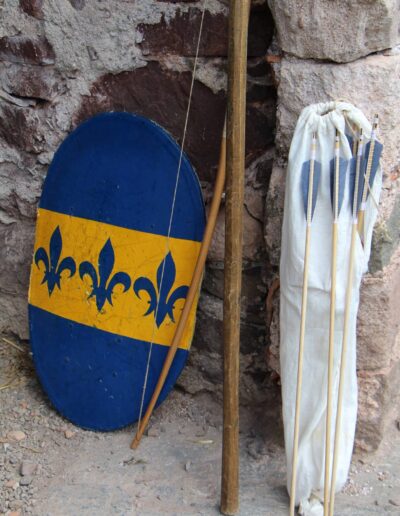 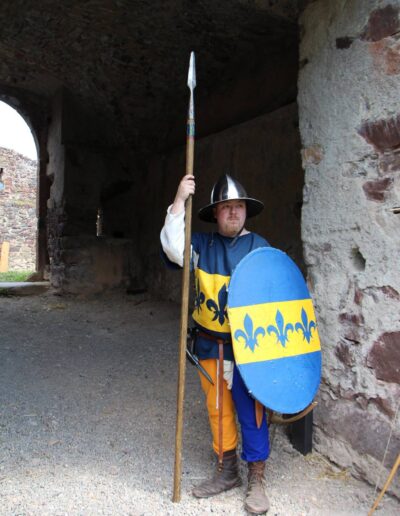 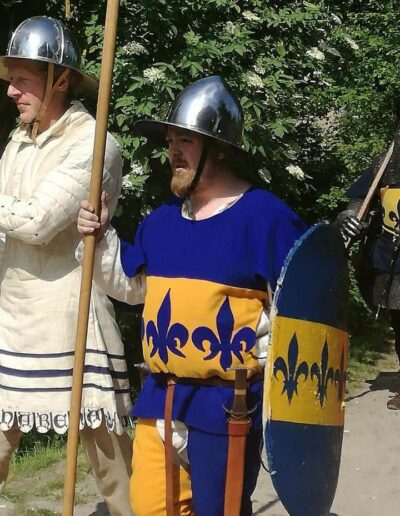 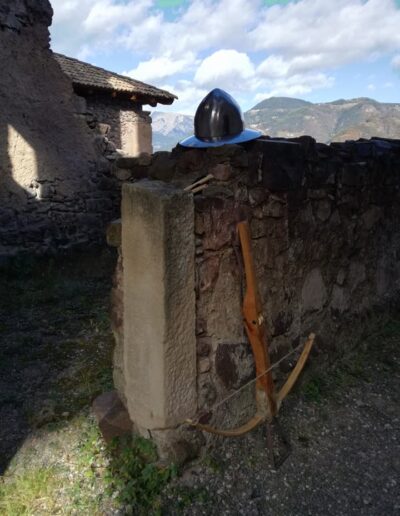 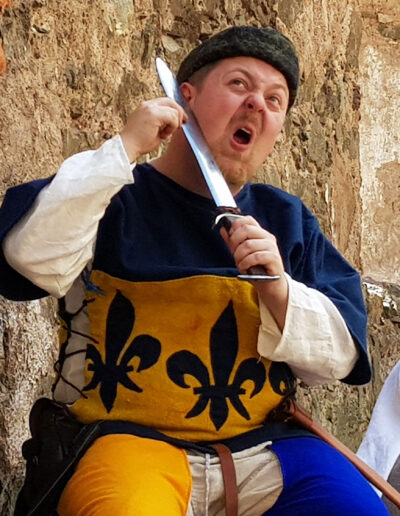