Today there are only a few examples of preserved shirts from the Middle Ages. Many of these have been found in a fragmented state which can only be reconstructed using a very accurate fabric restoration. From the Middle Ages, we have preserved shirts like those from Viborg from the 1100 – century, Chelles from the years 1120 to 1170,  the shirt of Arras from 1160, the shirt of the French King Louis the IX between 1214 and 1270, the Rogart shirt from Sutherland in England from the 14th century,  and two or three others without real source instructions.

There are several frescoes between 1350 and 1400, where the shirts clearly can be seen painted in detail. Typically at martyr scenes where you stripped the wretched people before the torture began. When you add up all the available sources and confronts the different shirts, you will be amazed at how little shirt has evolved over five centuries. The most typical model is tangent to most sources is undoubtedly Arras – the shirt which we have chosen as a model for our reconstruction

Reconstruction drawing of Arras shirt by Liebaart. The drawing is not quite correct at the neckline and wedges which are drawn separately to the left should be placed in the middle of the shirt

The reconstruction
The shirt has been carried out in exactly the same way as a medieval shirt. The fabric which consist of linen are of a very unique kind: Handwoven and on a weaving width of 60 cm., Just like the original shirts that are preserved from the Middle Ages. It was bought in a village in Romania, and is at least a hundred years old and nothing is wrong with it. Weaving is significantly more dense and flat compared to the linen you can buy today. 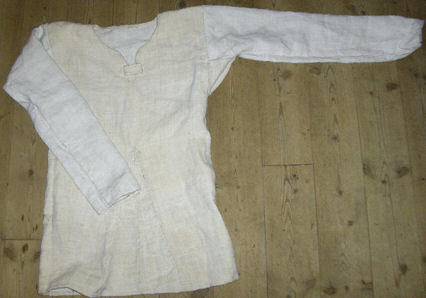 Besides that, you can clearly see that the fabric has been bleached in the sun, and are clearly more white on the front than on the back of the shirt.
Looking at the drawing of the Arras shirt, you will notice that the patterns are based on a so-called “spades cut” on a weaving width of 60 cm. The shirt has been made ​​totally by hand with an old-fashioned linen thread, to complete the reconstruction and keeping the style.

How it feels to work with the shirt on.
A very exciting part of the project was to test the shirt. Malthe put on the shirt and the – just made ​​- underwear , and then the rest of the clothes : stockings, coat and hood. It was a very hot day and Malthe worked for a long time.When the day came to an end, we asked what it was like to have the shirt on, Malthe answered that the shirt is a bit rough to wear compared to one that is made with today’s fabric, but then the rough shirt is much more absorbent towards sweat, it is breathable and durable. In conclusion , one can say that the shirt is one of the attire parts, that not always can be seen when walking around in costume. It has not prevented us to carry out a reconstruction that has enriched our knowledge and made ​​us understand how much difference there really is when you dress in something that is woven by old manners and made ​​according to the original finds . 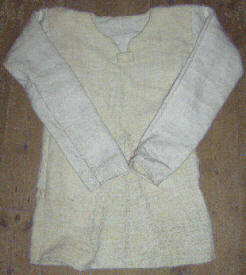 The reconstruction has been implemented by Mette Rolvung Olsen , aka Franziska from Awr. 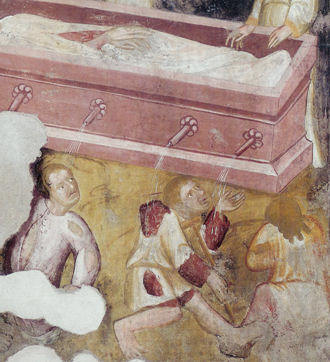 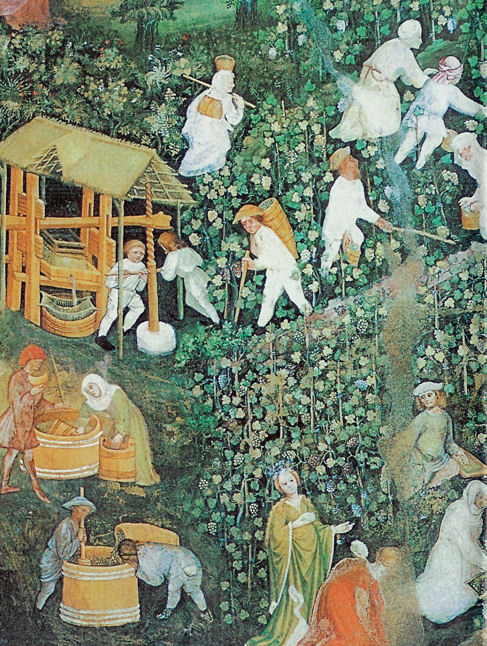